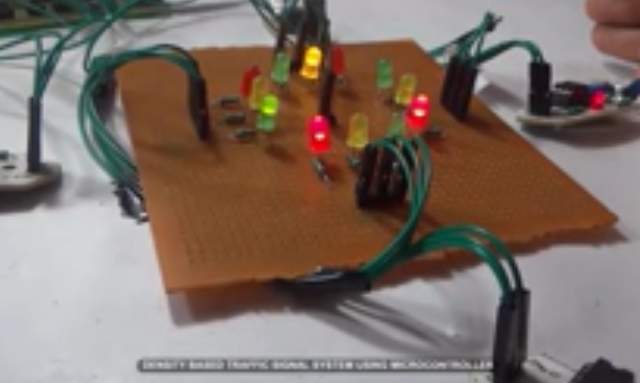 Traffic control becomes a major issue nowadays, because of the increment of automobile vehicles & because of large delay time between the traffic lights. So, to overcome this problem, we have a project, a density traffic signal system using microcontrollers. Read the full article and understand how to control the traffic lights based on density using microcontrollers.

The main and important part of this traffic system is the microcontroller. The IR sensors are connected to the C PORT (PC0, PC1, PC2, & PC3) of the microcontroller and the PORT B & D connects with the traffic lights. The sensor output becomes logic 0 If there is traffic on road, otherwise logic 1. We have to write the program code to control the traffic signal system based on density by the output of these IR sensors.

If the microcontroller receives logic 0 from any of the IR sensors, then we give the green light signal to that road and gives red traffic signal to all other roads. We have to continuously monitor the outputs of IR sensors to check for the traffic.

The IR transmitter emits infrared rays and it looks like an LED. It needs an operating voltage of 2 to 3 volts. These infrared rays are invisible to the human eyes. But we can view the rays through a camera.

To receive the infrared rays we have to place the pair of IR in a way such that when there’s an obstacle in front of IR, it receives the rays. When the power supply is given to sensors, the transmitted rays hits the object and then reflect back to receiver.

We used LEDs of red, yellow & green colors instead of traffic lights. In a normal traffic system, the lights glow on a timely basis. If the density of traffic density is high on any road, then the green LED glows on that particular path, and for remaining paths the red LED glows. In a normal traffic system, there is a time delay of 1 minute for each path. 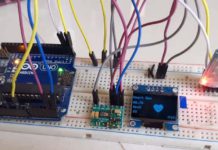 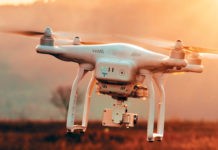