A list of top 50+ frequently asked Operating System Interview Questions and answers are given below.

An operating system is a program that acts as an intermediary between the user and the computer hardware. The purpose of an OS is to provide a convenient environment in which user can execute programs in a convenient and efficient manner.

2.  What are the different operating systems?

3.  What are the basic functions of an operating system?

Operating system controls and coordinates the use of the hardware among the various applications programs for various uses. Operating system acts as resource allocator and manager. Also operating system is control program which controls the user programs to prevent errors and improper use of the computer. It is especially concerned with the operation and control of I/O devices.

Kernel is the core and essential part of computer operating system that provides basic services for all parts of OS.

5.  What is difference between micro kernel and macro kernel?

Micro kernel is a kernel which run services those are minimal for operating system performance. In this kernel all other operations are performed by processor.

Deadlock is a situation or condition where the two processes are waiting for each other to complete so that they can start. This result both the processes to hang.

A program in execution is called a process. Processes are of two types:

8. What are the states of a process?

9.   What is starvation and aging?

Aging is a technique to avoid starvation in a scheduling system.

Semaphore is a variable, whose status reports common resource, Semaphore is of two types one is Binary semaphore and other is Counting semaphore.

11.  What is context switching?

Transferring the control from one process to other process requires saving the state of the old process and loading the saved state for new process. This task is known as context switching.

A thread is a program line under execution. Thread sometimes called a light-weight process, is a basic unit of CPU utilization; it comprises a thread id, a program counter, a register set, and a stack

13.   What is process synchronization?

A situation, where several processes access and manipulate the same data concurrently and the outcome of the execution depends on the particular order in which the access takes place, is called race condition. To guard against the race condition we need to ensure that only one process at a time can be manipulating the same data. The technique we use for this is called process synchronization.

Virtual memory is hardware technique where the system appears to have more memory that it actually does. This is done by time-sharing, the physical memory and storage parts of the memory one disk when they are not actively being used.

It is a phenomenon in virtual memory schemes when the processor spends most of its time swapping pages, rather than executing instructions. This is due to an inordinate number of page faults.

17.  What are necessary conditions for dead lock?

Cache memory is random access memory (RAM) that a computer microprocessor can access more quickly than it can access regular RAM. As the microprocessor processes data, it looks first in the cache memory and if it finds the data there (from a previous reading of data), it does not have to do the more time-consuming reading of data from larger memory.

19.  What is logical and physical addresses space?

20.   Differentiate between Complier and Interpreter?

An interpreter reads one instruction at a time and carries out the actions implied by that instruction. It does not perform any translation. But a compiler translates the entire instructions

21.   What is Throughput, Turnaround time, waiting time and Response time?

Response time – amount of time it takes from when a request was submitted until the first response is produced, not output (for time-sharing environment)

Hardware device that maps virtual to physical address. In MMU scheme, the value in the relocation register is added to every address generated by a user process at the time it is sent to memory.

Trapdoor is a secret undocumented entry point into a program used to grant access without normal methods of access authentication. A trap is a software interrupt, usually the result of an error condition.

order in which all processes can be run to completion without resulting in a deadlock.

26.   Explain the concept of the Distributed systems?

Distributed systems work in a network. They can share the network resources, communicate with each other.

In a multiprocessor system there exist several caches each may containing a copy of same variable A. Then a change in one cache should immediately be reflected in all other caches this process of maintaining the same value of a data in all the caches s called cache-coherency.

Mutex is the short form for ‘Mutual Exclusion object’. A mutex allows multiple threads for sharing the same resource. The resource can be file. A mutex with a unique name is created at the time of starting a program. A mutex must be locked from other threads, when any thread that needs the resource. When the data is no longer used / needed, the mutex is set to unlock.

We encounter cycle stealing in the context of Direct Memory Access (DMA). Either the DMA controller can use the data bus when the CPU does not need it, or it may force the CPU to temporarily suspend operation. The latter technique is called cycle stealing. Note that cycle stealing can be done only at specific break points in an instruction cycle.

The process of packaging and sending interface method parameters across thread or process boundaries.

Daemon is a program that runs in the background without user’s interaction. A daemon runs in a multitasking operating system like UNIX. A daemon is initiated and controlled by special programs known as ‘processes’.

33.   What is pre-emptive and non-preemptive scheduling?

Non-Preemptive scheduling: When a process enters the state of running, the state of that process is not deleted from the scheduler until it finishes its service time.

The repeated execution of a loop of code while waiting for an event to occur is called busy-waiting. The CPU is not engaged in any real productive activity during this period, and the process does not progress toward completion.

35.  What is page cannibalizing?

To achieve maximum efficiency and reliability a mode of operation known as symmetric multiprocessing is used. In essence, with SMP any process or threads can be assigned to any processor.

37.  What is process migration?

It is the transfer of sufficient amount of the state of process from one machine to the target machine.

Compaction is a process in which the free space is collected in a large memory chunk to make some space available for processes.

40.  What are residence monitors?

A list of processes waiting for a particular I/O device is called device queue.

43.   What are the different types of Real-Time Scheduling?

Hard real-time systems required to complete a critical task within a guaranteed amount of time.

44.   What is relative path and absolute path?

45.   What are the disadvantages of context switching?

Time taken for switching from one process to other is pure over head. Because the system does no useful work while switching. So one of the solutions is to go for threading when ever possible.

46.   What is a data register and address register?

Data registers – can be assigned to a variety of functions by the programmer. They can be used with any machine instruction that performs operations on data.

Address registers – contain main memory addresses of data and instructions or they contain a portion of the address that is used in the calculation of the complete addresses.

48.   What are local and global page replacements?

Local replacement means that an incoming page is brought in only to the relevant process’ address space. Global replacement policy allows any page frame from any process to be replaced. The latter is applicable to variable partitions model only.

49.   Explain the concept of the batched operating systems?

In batched operating system the users gives their jobs to the operator who sorts the programs according to their requirements and executes them. This is time consuming but makes the CPU busy all the time.

SCSI – Small computer systems interface is a type of interface used for computer components such as hard drives, optical drives, scanners and tape drives. It is a competing technology to standard IDE (Integrated Drive Electronics).

The set of dispatchable processes is in a safe state if there exists at least one temporal order in which all processes can be run to completion without resulting in a deadlock.

We encounter cycle stealing in the context of Direct Memory Access (DMA). Either the DMA controller can use the data bus when the CPU does not need it, or it may force the CPU to temporarily suspend operation. The latter technique is called cycle stealing. Note that cycle stealing can be done only at specific break points in an instruction cycle.

The special thread a dispatcher will execute when no ready thread is found.

It is a fault tolerance disk driver for Windows NT.

Dispatcher module gives control of the CPU to the process selected by the short-term scheduler; this involves: Switching context, Switching to user mode, Jumping to the proper location in the user program to restart that program, dispatch latency – time it takes for the dispatcher to stop one process and start another running.

56.   When does the condition ‘rendezvous’ arise?

In message passing, it is the condition in which, both, the sender and receiver are blocked until the message is delivered.

When the OS at the explicit request of another process creates a process, this action is called process spawning

58.   What are the reasons for process suspension?

59.   What are the sub-components of I/O manager in Windows NT? 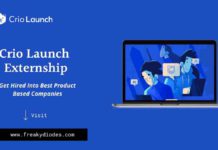 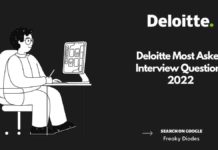